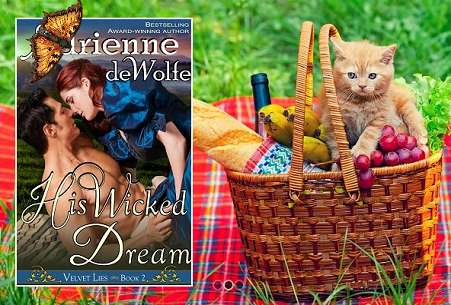 Do you stop to recognize the miracles in your life?

So many of us have been brainwashed to believe that the term, “miraculous,” can only be applied to giant earth-shaking events, like winning the lottery or discovering a cure for cancer.

But I’m talking about everyday miracles:  the hopes and dreams that quietly reappear when you least expect them.  These miracles remind you that you’re connected to something much bigger than yourself.

These miracles remind you that you and your work have a purpose.

Such a  miracle happened in my writer’s life. It came in the aftermath of my greatest professional tragedy – a tragedy that nearly crushed my writing dream. I never thought I’d recover from the emotional pain when my computer got stolen from the repair shop, and I lost a 400-page work-in-progress. But two amazing events occurred because of that “tragedy.” Less than a week later, my ebook editor asked me to write a novella, one that was eventually published in the #1 bestselling anthology, Pistols & Petticoats. 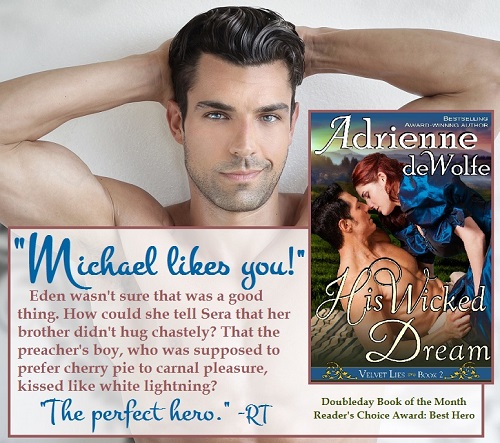 The second miracle came in the form of a discovery. While rooting around in some dusty old file drawers, I found the hardcopy of an original prologue. I wrote it for the second book in my Velvet Lies series, His Wicked Dream.  My original vision in this prologue was to turn the hero's youngest brother, Gabriel, into an Angel-in-Training. He and his “Ghost Dog,” Goober, were supposed to help the hero find true love.

Unfortunately, my editor at Avon Books believed that plotting Romance novels with ghosts and angels would not interest readers. I was heart-broken when my Avon editor directed me to revision my entire Velvet Lies series, stripping out all paranormal elements. (For this reason, I went to a small, Indie publisher to release Book 3, Seduced By An Angel.)

However, I was contractually obligated to write Book 2 for Avon. And that meant I had to invent a new plot for my Romance novel – fast.  I eventually replaced the gaping hole in my series with a secret animal orphanage, operated by “Townie children,” who were rescuing live critters from a taxidermist. (Thus was born, Vanderbilt “Vandy” Varmint, the wildly popular, rascally raccoon who co-stars in my Lady Law and The Gunslinger series.)

His Wicked Dream went on to win awards and become a Doubleday Book of the Month, which I attribute to my continual practice of creative visualization and the Universal Law of Attraction. But I never forgot about 12-year-old Gabriel and his ghost dog.  Despite two computer meltdowns, the original prologue from His Wicked Dream has survived – miraculously.

To celebrate the sale of His Wicked Dream, I’m posting this excerpt today, because I believe that the story of Gabriel and Goober deserves to be told. And apparently, so do the Angels.

Twelve year‑old Gabriel Jones gazed down at the alabaster cloud on which he'd somehow been stranded. He didn't know what was worse: being plucked off the earth on All Hallow's Eve before he could rattle any chains or spook a single person, or proving his Aunt Claudia right after all her many years of fussing: never, under any circumstances, wear underwear with holes.

Tugging discreetly on the moth‑nibbled backside of his longjohns ‑‑ which had mysteriously changed from a fiery red to an ethereal pink ‑‑ Gabriel bemoaned his fate. Rather than getting snuffed out in a blaze of gunfire, like Confederate General Jeb Stuart, he'd had to die in his sleep. What self‑respecting ghost did that? And how was he supposed to make a lady's hair stand on end or start a man quaking in his boots if he had to go a‑haunting in pink underwear? He'd be laughed out of Spookdom for sure ‑‑ once he figured out how to get there, of course.

Craning his neck in all directions, he tried to see past the winking, opalescent glow that seemed to be everywhere, and yet came from nowhere, making him think of fireflies caught in a snow storm. Although it hardly seemed possible, God must have made a mistake. The Lord had brought him here, after all, and that meant Gabriel was as lost as a ghost could be. For one thing, this place was only lukewarm – in fact, it was suspiciously comfortable. For another thing, it had clouds. Although he couldn't see any gates with pearls on them, and he didn't hear any folks playing harps, Gabriel had heard his pa rant and rave about this place so often to his "congregation of sinners" that he knew he'd landed smack dab in the middle of paradise.

Sheesh. Paradise sure is dull.

Gabriel blew out his breath ‑‑ or rather, he tried. Breathing was a lot different in heaven. So was standing. He glared down at the gauzy, drifting wisps that had buried his legs up to his knees. No wonder angels have wings. Clouds are too mushy to stand on.

Thinking he'd had enough of this sparkly, intangible nothingness (as a ghost, he had responsibilities below,) Gabriel dropped his fists to his hips and shouted up at the stars. "Hey, God! I'm not supposed to be here!"

He waited, but no haloed, feathery people appeared to kick him off his cloud.

Just my luck, he grumbled to himself. Everybody must've gone to hell, just like Pa always warned.

Cupping his hands around his mouth, Gabriel hollered louder into the firmament this time. "Hullo? Mr. God? Are You home?"

At his use of the word, "mister," tinkling, chimelike laughter rippled through the ether, making him feel warm, tingly, and kind of nervous all at the same time. Gabriel grimaced, rubbing his ear. Thunderation. The only thing worse than being stranded on some lousy piece of fluff up in the middle of the sky was to find out that God, the Creator of the Universe, might actually be a girl. To a twelve‑year‑old boy, this was the equivalent of hell.

"Look, God," he tried in more reasonable tones, "I'm kind of in a hurry. There are people waiting to be haunted, you know. Could you send somebody to help me get back to Kentucky?"

To learn more about His Wicked Dream, click here. 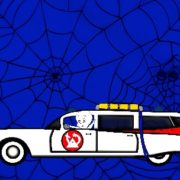 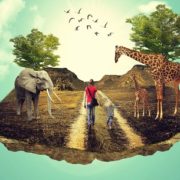 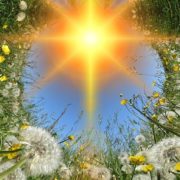 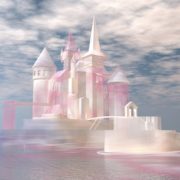 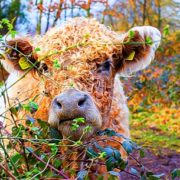 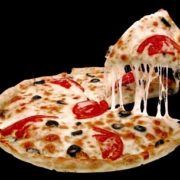 10 Zingers for the (Rat-Fink) Book Editor Who Rejected Your Novel
Scroll to top
All original content on these pages is fingerprinted and certified by Digiprove
error: Content is copyright protected!