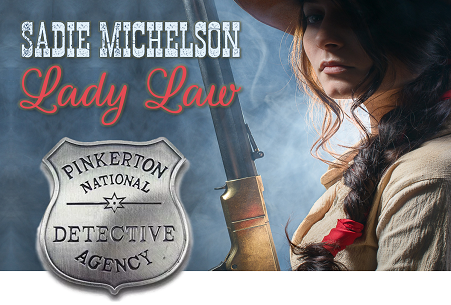 When your job is to save the world, you can’t outwit evil masterminds without hiding a few spy gadgets in your Victorian underwear.

In the immortal words of my kick-butt Lady Pinkerton, Sadie Michelson, “A garter is only good for one thing: holding my derringer.”

Features deadly blood pacts, sizzling seductions, cunning gadgets, a spooky Halloween shootout, and a shocking secret from Sadie’s past. Plus, a furry mischief-maker returns from the bestselling / award- winning Velvet Lies Series! (Purchase on Amazon and wherever ebooks are sold. Also available in paperback.)

Sadie is the sassy, street-wise star of my new Romantic Suspense series of Historical Western Whodunits, Lady Law & The Gunslinger. In Book 1, Devil in Texas, Sadie must team up with her long-lost lover, Cass, the outlaw who’s working as her enemy’s hired gun.

When I first envisioned Sadie as an undercover detective, my Muse dreamed up all kinds of wild gadgets, ala James Bond, for Devil in Texas. For instance, I thought, “Wouldn’t it be cool if the villain carried a bullwhip that doubles as a gun?”

Imagine my shock when I learned that some crazy weapons maker from the 19th Century actually did construct a whip with a bullet-firing handle! (The contraption gives a whole new meaning to the term, “pistol-whipped.”)

The pistol whip wasn’t the strangest thing I discovered when I researched real-world spy gadgets. As far back as the 1500s, weapon smiths were creating ingenious mini-guns out of virtually any material. For instance:

But my favorite lethal gizmo is the one I saw in a TV Western, where an assassin was disguised as a padre. In my innocence, I thought that some crazy screenwriter, who’d sniffed one too many inkwells, had imagined the “Crucifix Gun” on the padre’s rosary.

In Devil in Texas, Sadie makes great use of smoke bombs, disguised as buttons. She also wears a bullet proof vest. (In the 1880s, Luke Short, a famous gambler-turned-gunfighter, inspired the bullet-proof vest when a silk handkerchief, wadded in his breast pocket, stopped a bullet.)

Not to be outdone, Cass carries his own brand of cunning gadgetry. Dubbed “Coyote Cass” for his skill at eluding capture, Cass hides 3 lock picks in his clothing and enough fire power to “blast his way out of Hades.” He also conceals a pop-out knife in his boot toe and a buckle-blade that can be “unsheathed” from his belt.

But writing Sadie-and-Cass scenes is even more fun than inventing gadgets. Their dialogue is hilarious. When I write, I hear them sparring in my head. Sometimes I feel like I’m taking rapid-fire dictation! For a sneak peek of their battle of wits, check out the excerpt below from Devil in Texas.

To see pictures of the cool spy gadgets from my research, visit my Pinterest page. 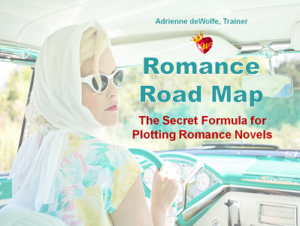 Miracles: They Really Do Happen!
Scroll to top
All original content on these pages is fingerprinted and certified by Digiprove
error: Content is copyright protected!