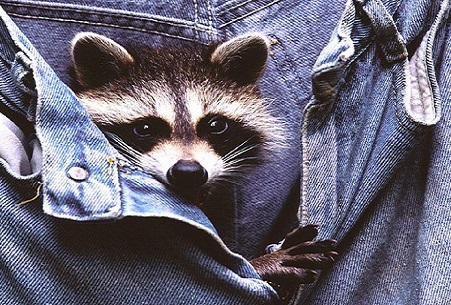 Written By Prince Rael the Magnificent

(Transcribed by Adrienne deWolfe, aka “Minion”)

Frankly, I think every Romance novel should feature a cat hero, but Adrienne outvoted me. (She also chose deWolfe as her pen name! I’m pretty sure that’s a sign of brain rot.)

For those of you who don’t share your living quarters with one of nature’s demi-gods, I hope to inspire you (and mostly, to encourage you to reexamine your woeful existence.) But first, we must tackle the subject at hand: furry scene-stealers.

Back when Adrienne was a newbie author, she got the bright idea to write Texas Wildcat. (An inspired title, don’t you agree?) In her innocence, she envisioned an endearing scene, in which the hero would bring the heroine a puppy in his big, brawny cowboy arms. Of course, this idea necessitated killing off the heroine’s rheumy coon hound. Well! The way her Bantam editor carried on, you would have thought that Adrienne had whacked Garfield or Grumpy Cat! The editor phoned Adrienne and blubbered, “Never again will you kill a dog on my watch!”

Ironically, nobody at Bantam shed a single tear when the sheep-mauling mountain lion got his head blown off! (Where’s the justice?)

Fortunately, Adrienne is more clever than she looks. She started creating animal characters as fully developed sidekicks when she was plotting Romance novels. The trouble is, she doesn’t write cats. You’d think that Romance readers would be outraged by this gross oversight on a bestselling author’s part.

Instead, readers encourage this madness by sending fan mail to Pris, the border collie, who herds everything from geese to run-away apples in Texas Wildcat. They also write to Tavy, the orphaned baby otter, who doesn’t know how to swim in Scoundrel for Hire.

But what really blows my mind is that readers and (supposedly wise) book reviewers love Vanderbilt Varmint, the raccoon, even though that sneak is known on Kitchen Wanted Posters as “The Masked Moocher!” Vandy was born in His Wicked Dream. In total, Vandy has appeared in five of Adrienne's novels – and oodles of glowing book reviews -- which makes this pussycat want to barf hairballs.

I Live with a Noodlehead

If you’re anything like me, you’re probably wondering, “What kind of noodlehead writes about raccoons instead of cats?” But Adrienne had a creative vision for His Wicked Dream. She needed to “cure” an animal character to show the heroine how to heal a mysterious illness in the hero. Even with eight lives to spare, I'm not fond of getting sick, so I let Adrienne turn Vandy into a "guinea pig."

Adrienne confessed that inventing a raison d’etre for the same furry sidekick, in scene after scene of five books, has been akin to Chinese water torture. (Serves the noodlehead right!) To date, Vandy has broken the hero out of jail; crapped on the antagonist’s pillow; run around a bedroom with underwear on his head; dunked a stolen pocket watch in a lady’s bathwater (while she’s still in it;) and gotten himself locked in a traveling trunk bound for Denver. In Book 2, Dance to the Devil’s Tune, Vandy saves the heroine from a bushwhacker – entirely by accident.

Now let us speak frankly.  You and I both know that cats are far more interesting (and will sell far more books) than raccoons. However, the nice lady, who edits this blog, expects this article to regale you with tips on how to write funny animal characters. So while Adrienne’s busy shrieking inside the broom closet, I’ll review her Best Practices with you. (Kindly ignore any ruckus you hear in the background. Locked closets are perfectly comfy, I assure you.)

What Have We Learned in Today’s Creature Feature?

[Disclaimer:  The following summary reflects the views of the FELINE, and not necessarily the person, who’s howling in the broom closet.]

2)  Dead dogs will get your book rejected by Bantam.

4) Adrienne is deathly afraid of brooms.

5)  Did I mention that cats are superior writers?

'Til next time, Gentle Readers, this is your favorite Pussy Pal, signing off with a rousing MEOW. 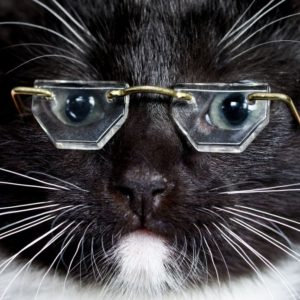 Prince Rael the Magnificent is the foremost authority on animal behavior in Adrienne deWolfe's den. Adrienne, his shrimp-cooking minion, is a #1 bestselling author of action-packed Historical Romances. Her most recent novel, Dance to the Devil’s Tune, features Vandy the Raccoon. For sneak peeks of Adrienne’s sassy ladies and sizzling rogues, visit LadyLawAndTheGunslinger.com.

Celebrating Magic & Miracles in my Writers Life
Scroll to top
All original content on these pages is fingerprinted and certified by Digiprove
error: Content is copyright protected!