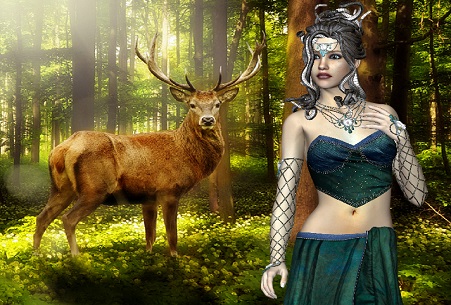 Every Mage needs an apprentice, every writer needs a Muse . . .  And every character needs a name.

So what writing resources do I use to create zany names for my fantasy fiction? (What, you don’t think “Queen Hoodoo,” better known as Odzilla Wyrdd, is zany enough for a sorceress?)

Just for the record, Hoodoo serves as the coven name of the planet Aeld’s most powerful sorceress of stone, flora and fauna.  She also happens to be a comical character from a furry race of cave-dwelling, troll-like beings called Trombellies in my Guardians of Aeld fantasy fiction series.

By the way:  I searched for FOUR YEARS for the perfect coven name for my Trombelly sorceress.  I tossed out early monikers like Root Bulb and Truffle Hunter, because while they sounded silly (which was the goal), I wanted a name that conveyed my Stone Queen's magical specialty and that hinted of humor.

Then yesterday afternoon, I was trying to name another sorceress (Hoodoo’s apprentice.)  During my search of writing resources, I stumbled across a page on Wikipedia that listed geological landforms and found “hoodoo.”

"Huh?" I thought. "Isn't hoodoo a synonym for magic or voodoo?"

“Hoodoo,” as it turns out, is also a geology term that describes a tall, thin spire of rock (also called “fairy chimneys” by the high-falutin’ geo-scientists.  Go figure!)  You can see a whole canyon of these spires here.  In my mind, Hoodoo is the ultimate tongue-in-cheek name for the mightiest sorceress of Stone magic in my Guardians of Aeld fantasy fiction series.

So for those of you who are looking for inspirations to name your own characters, here are some of my favorite writing resources:

20,000-names.com – Names from around the world, categorized in all kinds of cool ways, including “goddesses,” “nature names,” and “mythology.”

FamilyEducation.com – First names and last names from around the world, categorized by country.  An excellent writing resource for you serious-minded folks, who want to create a character with a “pure” ethnic name.

FantasyNameGenerator.com – This is just one of many name generators for you role-players and pet-namers.  Search Google for “fantasy name generators,” and you’ll find at least a dozen, including categories for elves, dragons, demons, fairies, castles, etc.

Shakespearean Insults Generator – Not a writing resource for names, but for name-calling.  Hilarious!  You’ll get to insult bullies with phrases like, “Thou cockered, idle-headed mold-warp.” I mean, by the time some bully finishes scratching his head and figuring out what you’ve just called him, you can be running out the nearest exit, right?!  (By the way, several Shakespearean insult generators live on the web. Search for them on Google.) 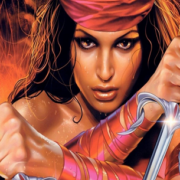 How to Name a Character in Genre Fiction Novels

5 Ways to Get a Good Review

Creative Visualization: Keep the Faith in Your Writing
Scroll to top
All original content on these pages is fingerprinted and certified by Digiprove
error: Content is copyright protected!