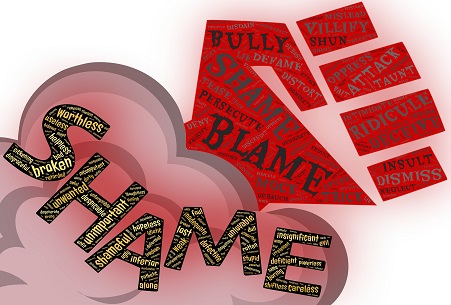 [Note:  This guest post was written by Beth Ann Kozlowski.]

If you're like me, then you probably have noticed the large amount of bullying happening lately.  I don't know about you, but I find it very discouraging and disheartening. Don't we, as a writing community have one goal in mind? To write, publish and promote books? That said, what is with all of the cyber bullying?  Can't we all just get along?

Unless you are hiding under a rock, then I am sure you know what I am talking about. At least once a day I see posts on Facebook where people are dealing with bullies because of negative reviews.

As a published author, I personally know that negative reviews can sting, but it's all about how you handle them.  Book bloggers are entitled to their opinions, as are our readers. We just need to learn to take reviews of any kind, but especially negative ones, with a grain of salt. I know all of this first hand, because I was a victim of cyber bullying several years ago.

While it wasn't directed towards my book, it was directed towards me personally. I was a part of a role play forum online (ironically, this all happened on Myspace), and the girlfriend of the person I was writing with became jealous of my talent as a writer, and so she and her little band of friends turned on me and made my life a living hell.  It got to the point where it was not only affecting me, but my job as well.

I had to do something about it so I did some research and discovered that New York has laws against cyber bullying. So I threatened to file a lawsuit if they didn't stop, and guess what? They not only stopped, but they took down the blog they had put up about me!

While I had the common sense to do some research because I was working in a law firm at the time, not everyone is as lucky.  It's very easy to hide behind the screen and pretend to be someone you aren't. You don't know if the person is battling depression or another serious illness.

The bottom line? Think before you put it on the internet for the world to see.  If you feel you are being bullied, seek help or do some research to see if your state has cyber bully laws.  As a writing community, we need to stick together and STOP BULLYING ONE ANOTHER. Bullying does NOT make you a cool person.

I have zero tolerance for bullies and bullying in general, and have decided to make a website that is meant to be a safe haven for writers who want to escape the bullying on popular social media sites like Facebook, Twitter, and Goodreads.  My site is called Hallowed Writers and can be found at www.hallowedwriters.spruz.com If we could all just learn to get along, I think the world would be a better place.

Think about it this way; there is so much violence over seas, do we really want to bring that fighting to social media and into our inner circles? I didn't think so.  There has got to be something we as a community can do to stop the bullying, and I created Hallowed Writers as the first step.

I chose the name, because of the meaning of the word Hallowed.  For those who don't know, Hallowed means sacred, and writing is, at least to me, a sacred art. Thank you for reading this, and please feel free to share it with your friends in the writing community.

I have composed a newsletter for those who want to share more on this topic on their social media pages or blogs. If you repost, please make sure to credit me.  If posting to twitter, you can mention me at @theworldamongus and feel free to use the hashtag #stopbullying.

Beth Ann Kozlowski, who also writes as Beth Ann Masarik, is the founder of Literary Lunes and The Hallowed Writers Community.  Beth Ann is co-founder of Au Courant Press Journal & Directory.  You can find her on the web at: 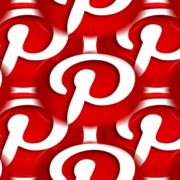 Pinterest for Novel Writers: 10 Tips for Promoting Your Writing

Muse, Write Me a Eureka Ending so I Can Finish This Novel!
Scroll to top
All original content on these pages is fingerprinted and certified by Digiprove
error: Content is copyright protected!