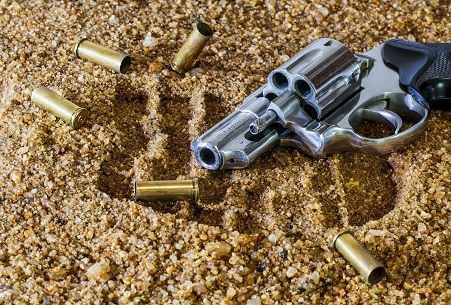 While Mystery writers are the undisputed masters of the literary device known as suspense, writers of other popular fiction genres (Romance, Fantasy, Science Fiction, Thrillers, Westerns and Horror) can benefit by incorporating suspense into their "writers toolbox."

In Part I and Part II of this series, we reviewed some of the best practices used in Crime Fiction to make the scenes in Mystery novels drip with suspense.  In this last installment on writing suspenseful novels, we'll discuss 7 additional ways that you can keep your readers squirming in their seats.

In Crime Fiction, a suspense technique that is especially fun – as long as it isn’t overused throughout the novel – is the device of “misunderstandings.”  For instance, the forensics lab found nothing unusual about the broach, so no one believes the hero when he insists that a concealed trigger laved the pinhead with poison.

Mystery novels sometimes display a variation on this technique.  The writer creates a plot conflict based on an argument.  The caution here is to avoid basing your primary plot conflict on a single misunderstanding.  Arguments based on misunderstandings can make your main characters appear foolish and childish, especially if you try to make anger, jealousy, pride, or hurt feelings the foundation of your entire plot.

Even if you're not writing novels for the Crime Fiction market, keep the following rule of thumb in mind:  if your characters could sit down like mature adults, talk about their feelings, and realize that one of them misunderstood or misinterpreted what the the other character has said or done, then the strength of your “misunderstanding” won’t carry the plot of your whole book.

The strongest type of argument is one that is founded on opposing value conflicts:  philanthropists vs. misers; environmentalists vs. commercial land developers;  Christians vs. Pagans, etc.  When writing novels in which you need to unite two antagonistic characters in the last chapter (example:  the hero and heroine of a Romance) be sure that you aren’t making their value conflicts SO strong that a peaceful resolution isn’t logical or believable, based on the parameters of your story.

Give Your Protagonist a Deadline

(As fiction writers, you should know just how scary a deadline can be!)
In many popular Mystery novels, the writer keeps reminding the reader -- and the protagonist -- that the clock is ticking. If the protagonist doesn't succeed by a certain time, guess what? Bye-bye, civilization! (Okay, maybe it's just, bye-bye, protagonist.)

Mystery novels abound with sinister secrets.  The idea here is to hint at these nefarious doings.  You don't have to tell your reader everything up front, but do give the reader enough hints so that the memory or dream is interpretted as a bad omen.

Trap Your Protagonist in the Prison of His or Her Mind

Even though your protagonist (or the person your protagonist is trying to protect) knows she's in danger if she remains an employee of an evil law firm, the protagonist still doesn't want to leave. A caution here: this character's motivation has to be solid. Otherwise your readers will wonder, "Why doesn't she just call the police?"

The great Mystery writers have come up with dozens of possibilities to keep their protagonists quiet.  Here are a few:

This technique is great fun to read -- and write -- in Mystery novels.  No sooner does your hero reveal to the killer that the hero knows everything, the hero's cronies, whom he has relied upon to rescue him, screw up.

Another great suspense device: have the hero escape, arriving at a safe haven, only to realize (too late!) that the haven isn't safe, or that the person who represents safety is involved in the murder cover-up.

Read Heavily in Your Genre

Mystery writers who are masters of suspense teach best through their writing, so pick up one of your favorite mysteries and study it, scene by scene. Dissect the writing techniques that you, as a reader, found particularly spine-tingling.

If the technique worked on you, it's guaranteed to work on some other hapless victim . . . er, I mean, reader.

(Read Part I and Part II of Crime Fiction:  How Mystery Writers Pen a Chilling Read.) 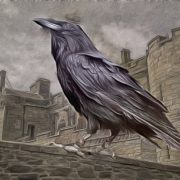 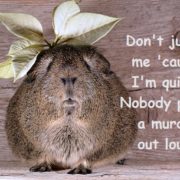 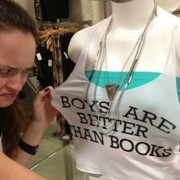 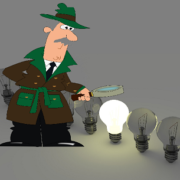 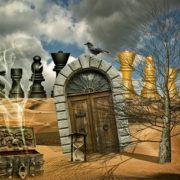 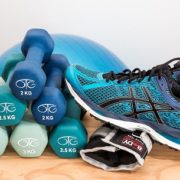 How to Name a Character in Genre Fiction Novels
Scroll to top
All original content on these pages is fingerprinted and certified by Digiprove
error: Content is copyright protected!